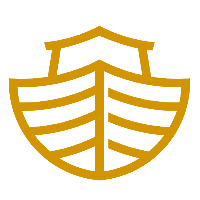 ARKs in the Open

The NAAN Registry Working Group (WG) oversees the registry of institutions that have been given a Name Assigning Authority Number (NAAN), with which they can begin assigning ARKs. The work consists mostly of responding to requests for new NAANs, but also to requests for changes to existing NAANs. Effectively the WG is a team of volunteer curators whose work will be ongoing. Although the WG is not expected ever to be finished, composition of the curatorial team is expected to evolve year to year.

Responsibilities of the Primary or, if unavailable, the Secondary:

The roster below indicates a primary and a backup curator on duty for a given period of time. The duties are (a) to respond to incoming NAAN requests within 2 business days and (b) to facilitate any NAAN working group meeting that falls in that time period. Here is the curator checklist to follow for responding to NAAN requests; note that unless you have an unexpired cookie, you may have to re-authenticate at github to avoid what looks like a 404 error (a security "feature", not a bug :) for private repos.

Teleconferences are 9am San Francisco time on the third Wednesday of each month. Connection details included in calendar invitations.

Because this group handles personally identifiable information (PII), while anyone can send email to NAAN-Registrar@googlegroups.com, the discussion archives at https://groups.google.com/forum/#!forum/naan-registrar are closed except to group members.