The new JIRA workflow (see diagram below) was implemented for the DSpace JIRA project on 8 Jan 2013.  This page just serves as an archive of what changes occurred between the old workflow (no longer in use) and the new workflow that is now in place. The current workflow is described at JIRA Usage.

I'm starting to wonder if there are ways we can improve our JIRA workflow that would also simplify some of our JIRA review processes (and help us start to catch up on our JIRA backlog and "categorize" tickets better.

Our old JIRA Workflow / Statuses looked similar to this:

In total were are 5 statuses:

The last two are very similar and we use them pretty much interchangeably to mean the ticket is "complete". Traditionally, in JIRA, many consider "resolved" tickets to be complete but may require extra verification (e.g. code review) before they move to the "closed" status.

I propose thinking about reworking our JIRA statuses to better represent what the Ticket may be "waiting on" or requiring. So, I'd propose instead using the following statuses:

Here's a diagram of how a ticket would transition from one status to the next: 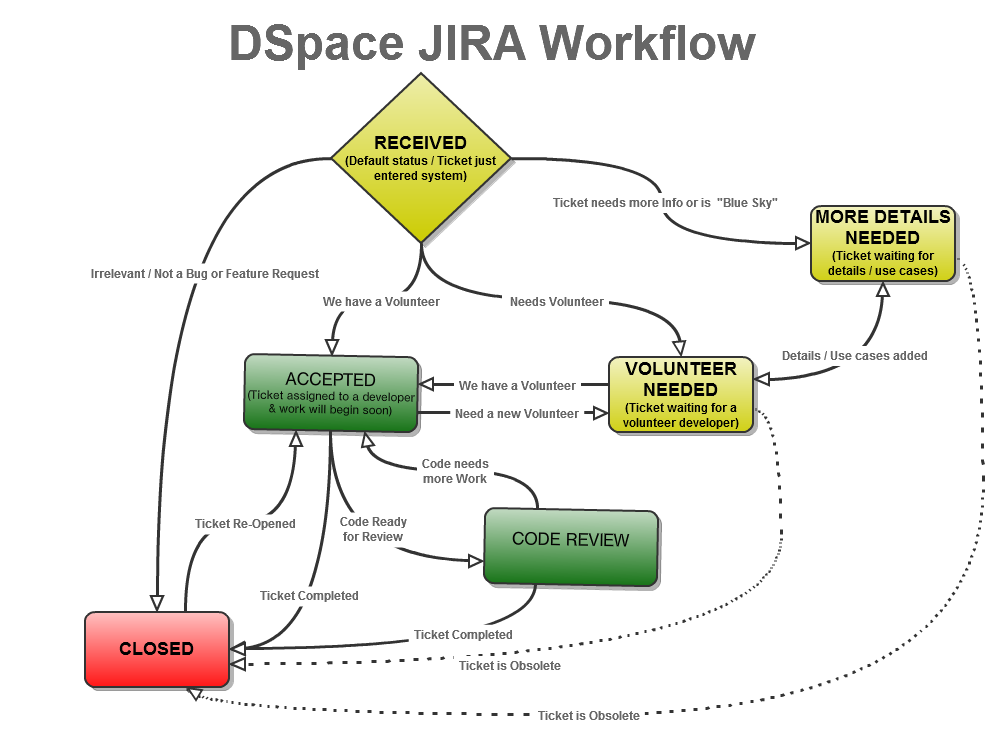 So, what are some of the possible benefits here?

Again, this is just an initial brainstorm. Comments/suggestions/changes/alternatives welcome!