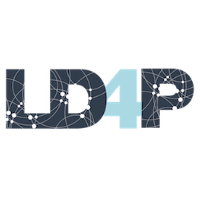 This document includes general discussions about the overall approach and descriptions of known existing change management approaches for various institutions.

Question: Which might be easier...  When data is changed, approaches to identifying changes...

How to distinguish the impact of changes?  Determines how much info to present.  Human users want to focus in on impactful changes.

Two audiences of the stream:

LOC currently implements ATOM feeds for each of its datasets.  Examples:

This provides information about whether and when resources have been created, updated, or deleted/deprecated.

LOC is in the process of implementing Activity Stream.  This work will duplicate the information communicated with the current ATOM feeds, but will also permit LOC to offer more specific activity streams, such as one devoted solely to authoritative label changes.  Some issues being considered:

When an entity is requested and is not available, some 3rd party vendor's allow the requestor to be notified when the authority provider adds the entity to the authority.

Traditional authority file in an ILS

For many libraries, "authority change management" is a paid service acquired from a third party. Because monitoring changes in an authoritative source and determining whether the change is relevant to one's own system is not a simple task, and requires specialized software that may or may not be available in an ILS, many libraries have opted to outsource the task to an authorities vendor (e.g. Backstage Library Works). Services that the vendor provides may include the following:

By using such a service, authority change management for the library is reduced to loading records provided by the vendor. The complicated task of monitoring the change stream of the authoritative source and determining  what is relevant is performed by the vendor. And because the boundary of a MARC authority record is unambiguous (it begins with the first character of the leader and ends with the record terminator), maintaining a changed record can be done simply by swapping out the entire record. Knowing what has changed may be unnecessary or is already specified in the profile set up with the vendor that determines what kind of changed records should be supplied.

This same model could be applied, with some variations, to future entity-based cataloging (e.g. records created in Sinopia). In fact, Stanford is talking with Share-VDE right now to establish such a service. However, there are some major differences between the MARC environment and the RDF environment, namely:

This is an R package used to manipulate triples.  Worth looking at how it specifies changes.

rdf_add could be used to specify adding a triple.

This is how you add/delete triples with SPARQL.