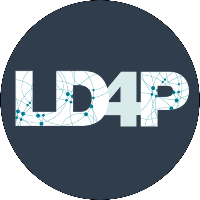 This project is a full-scale pilot for input of BIBFRAME descriptions to a native BIBFRAME system. It was described in the original proposal as three different projects because the different forms of material have special aspects to be explored, but the pilot will be one integrated system. Because a “real” metadata environment is needed, the system will include the Library of Congress catalog converted to the BIBFRAME model and vocabulary. The pilot will encompass monographs, serials, music, cartographic, still and moving image, and audio resources. This variety of material will provide information on the use of models for AV laid out in a 2015 study of media www.loc.gov/bibframe/docs/pdf/bibframe-avmodelingstudy-may15-2014.pdf; differentiation of technical from description metadata http://www.loc.gov/bibframe/docs/bibframe-avassessment.html; use of different cataloging standards, primarily RDA but also other description rules; and fit of unique material to the model.

The pilot draws on the work done in the other LC project, BIBFRAME Ontology Development, where the vocabulary and model for BIBFRAME 2.0 were established and conversion programs for the back file of MARC records to BIBFRAME descriptions and model were developed. This work has largely been completed and is in maintenance as the development of this project highlights changes needed.