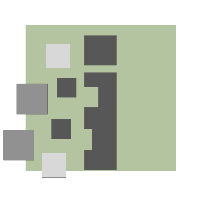 This documentation refers to an earlier version of Islandora. https://wiki.duraspace.org/display/ISLANDORA/Start

Objective Forms is part of the Islandora Forms package, downloadable at the https://github.com/Islandora/objective_forms page

This module allows for the creation of Object Based Drupal Forms. It provides a number of functions and class for processing/populating forms.

The Objective Forms module requires no configuration, and functions as soon as it is activated and installed as a Drupal module.