This documentation refers to an earlier version of Islandora. https://wiki.duraspace.org/display/ISLANDORA/Start

The Islandora Form Builder (part of the XML Forms package) makes it possible for users to create, copy, and edit ingest forms, and to affiliate them with Content Models in the repository. The form definitions are defined in XML and stored in the Drupal Database.

The module is installed as part of the XML Forms package

The form builder can be reached by going to Islandora >  Form Builder (admin/islandora/xmlform).

From the main interface, users can: 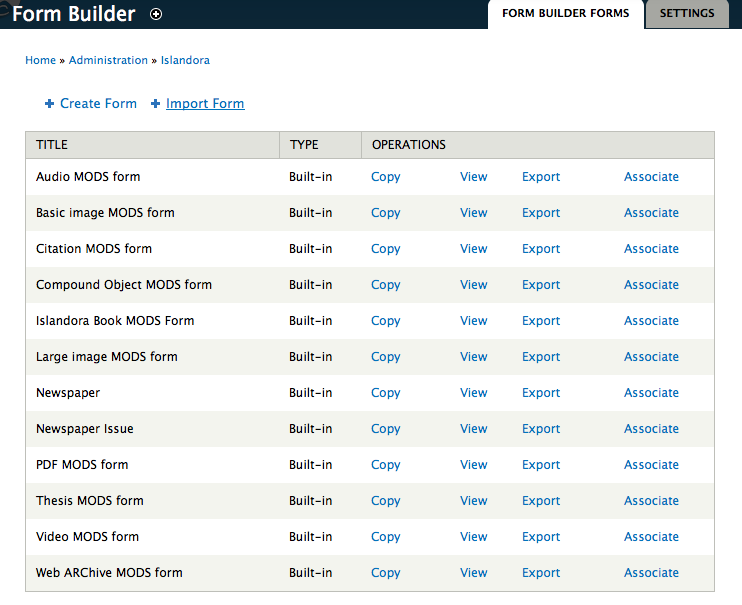 This GUI models the XML Definition, allowing the user to add/remove/edit form elements, as well as change their order.

XML CRUD Actions are very important. They define how to create/read/update/delete XML nodes using the form elements value and properties.

All actions define the Path and Path Context properties. These define where approximately in the XML document will the action be performed.

Path is an XPath that defines where the action will take place.

Path Context defines what context the path can be executed in. It can be one of three values:

How to Edit/Create Ingest Forms