Using SPARQL queries and Javascript libraries, we built a web-based tool for exploring Harvard geospatial and moving image data converted in the course of the LD4L Labs and LD4P grants. Our goals included visualizing the results of complex queries, demonstrating the use of linked data from external resources to improve discovery, giving individual items context within collections, and in the wider world, providing a user interface that aspires to serendipitous encounters and new observations. The resulting demonstration site uses WebGL and three.js to execute large-scale, three-dimensional, manipulable visualizations of entities representing library resources, driven by live queries on an AWS Neptune triplestore, the Wikidata SPARQL endpoint, and the Geonames API, with the flexibility to .

The software stack is:

Code for the visualization tools can be found at:

The tool was presented at the LD4 Workshop at Stanford in May 2018: https://docs.google.com/presentation/d/1kt3QzCgLRMv19b1Q234ixSaHYomOdHvb49AwhBMUvyM/edit?usp=sharing

See The actual demo application, hosted by maptian.com, is running at http://visualgraph.harvard.maptian.com/

The user interface includes the ability to enter custom SPARQL queries as well as to choose from a selection of saved queries. Queries are performed in real time against the Amazon Neptune triple store. 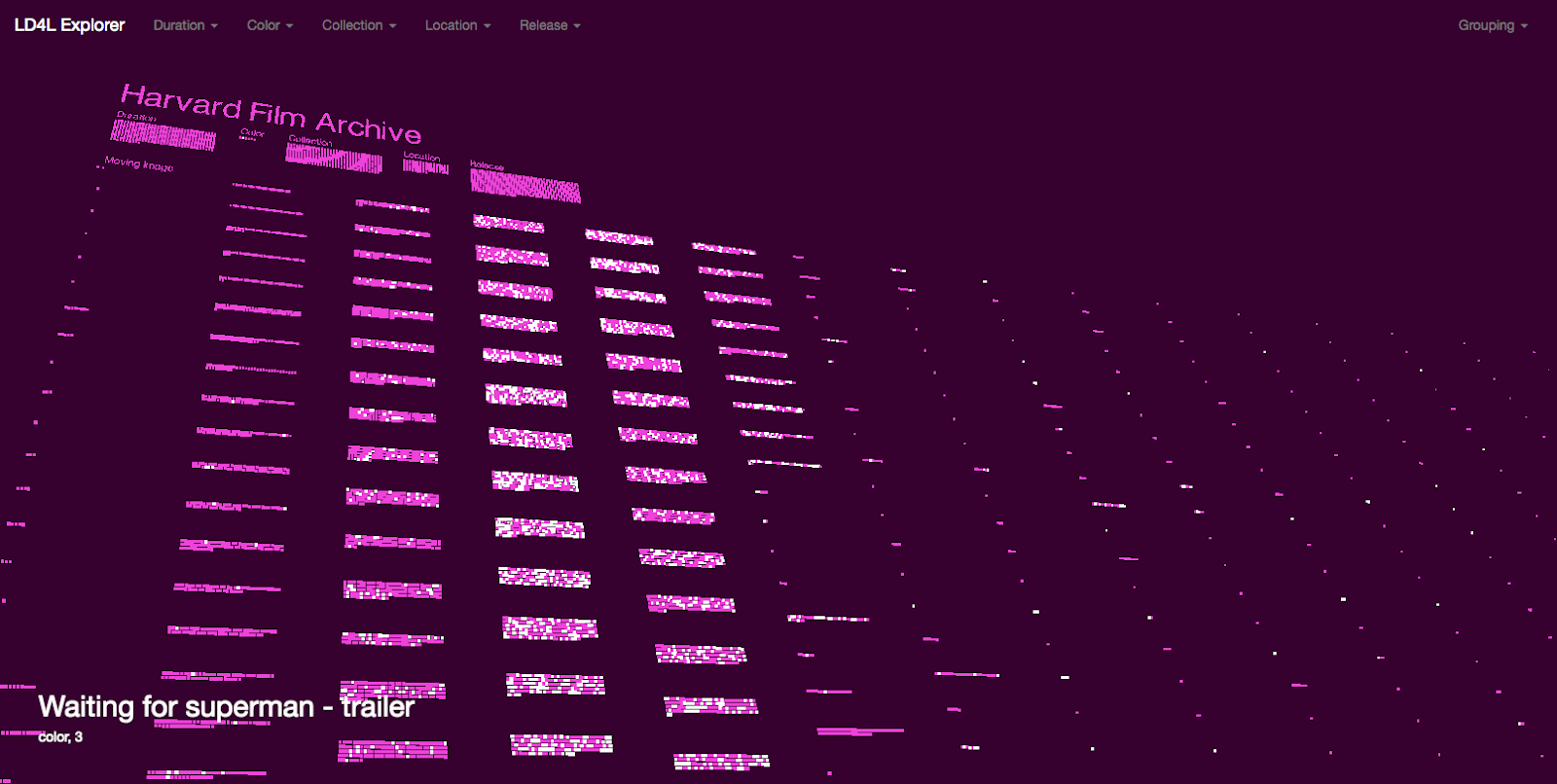 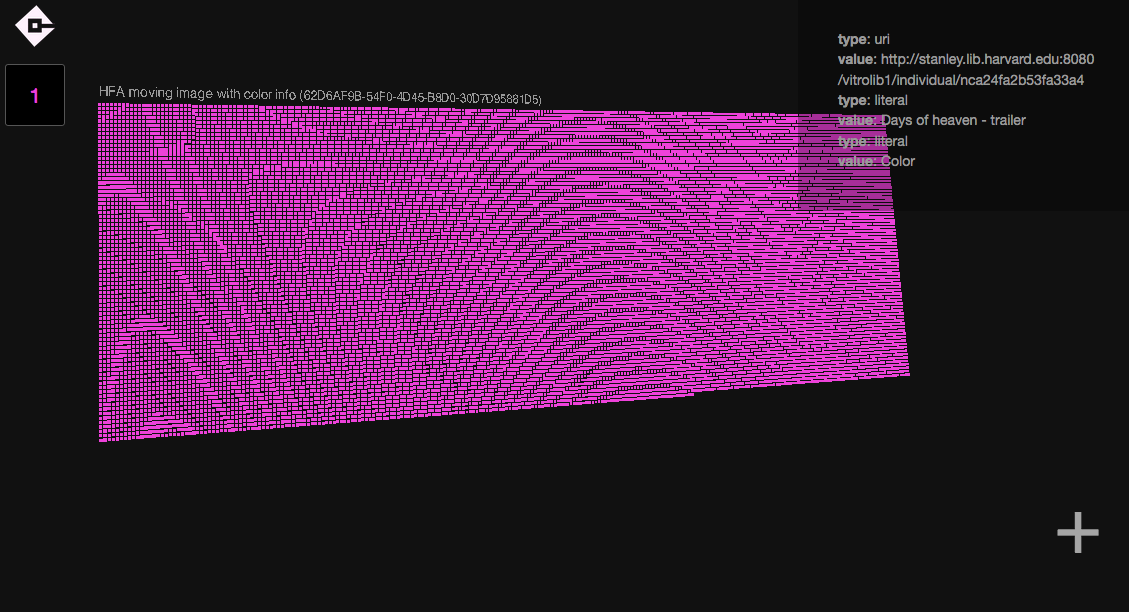 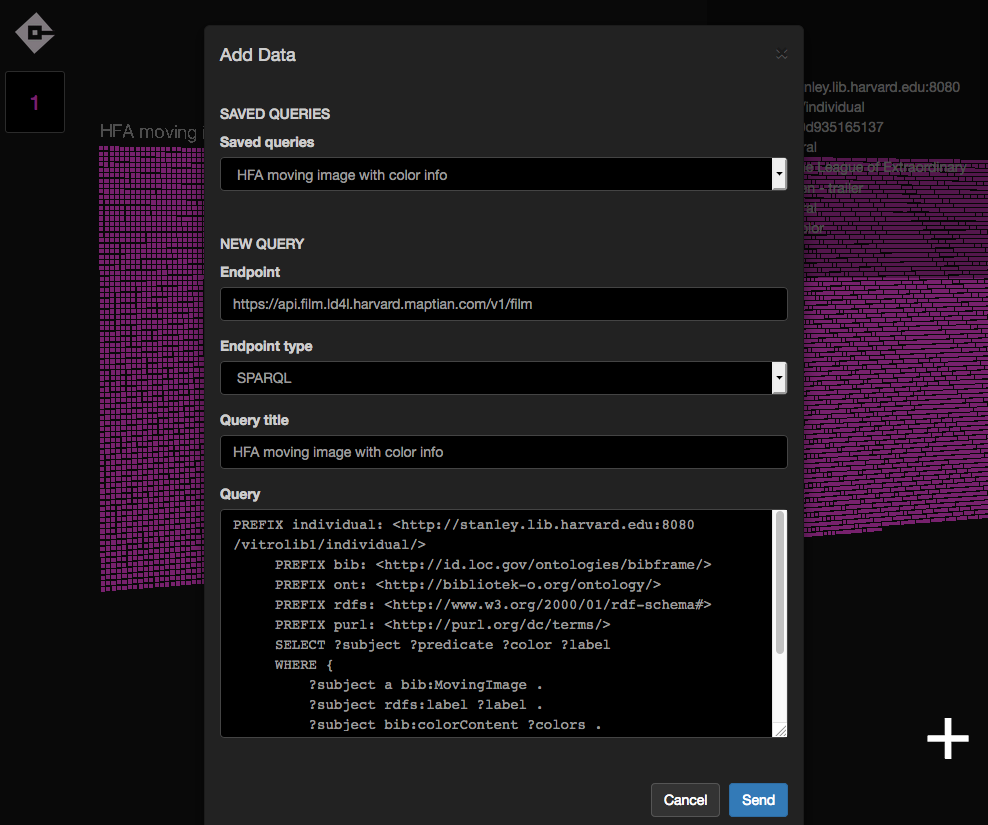