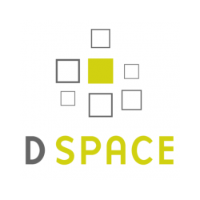 We are dealing with several Identifier types within DSpace (CRIS), mostly kinds of Persistent Identifiers like DOI, Handle, URN, as well as ISBN, ISSN, URL or similar things. In many contexts it is necessary to know about the identifier type (for instance for lookup or for submission to DataCite or other services). Handling of identifiers is different: sometimes it's qualified as a qualifier in the metadata field (for example dc.identifier.doi or dc.publisher.doi), but this is not good extensible and requires some effort. So it would be nice to have a concept how to deal with these identifiers. A useful extension for that would be the automatic detection of the identifier type. Zenodo has such a mechanism by guessing and suggesting the identifier type. We would like to have such a mechanism for DSpace as well, in any cases, where different identifiers might be used. Zenodo is using a Python toolkit for that (https://idutils.readthedocs.io), that might be useful to implement such a function.
This is not necessarily a CRIS feature only.
Interested: Hamburg University of Technology (Oliver Goldschmidt )

An integration of lobid (http://lobid.org/) would integrate the German Common Authority Record Database (GND) and other lobid services (like lobid-organisations) into DSpace. This could be useful in various contexts:

We would like to have that integration for the various lookup use cases as one more simplification to get content into the entities.
Interested: Hamburg University of Technology (Oliver Goldschmidt ), State and University Library Hamburg (Phu Tu )
The Library Code (Kim Shepherd and Pascal-Nicolas Becker ) are starting to implement this and will provide it back to DSpace-CRIS once it is done.